After culinary inventions such as cronut, dosant and duffin, have you heard of the rainbow bagels? Well actually it’s not really a new thing because this New York shop has been manufacturing them for… 20 years! One could almost believe its an invention of Willy Wonka. These multicolored bagels obviously take a lot longer to make than ordinary ones (100 rainbows in 5 hours instead of 1000 regular) but Scott Rossillo, Bagel Store‘s owner, is a real passionate and has made ​​a good deal making them. So, how about a rainbow bagel with confetti cream cheese, anyone? 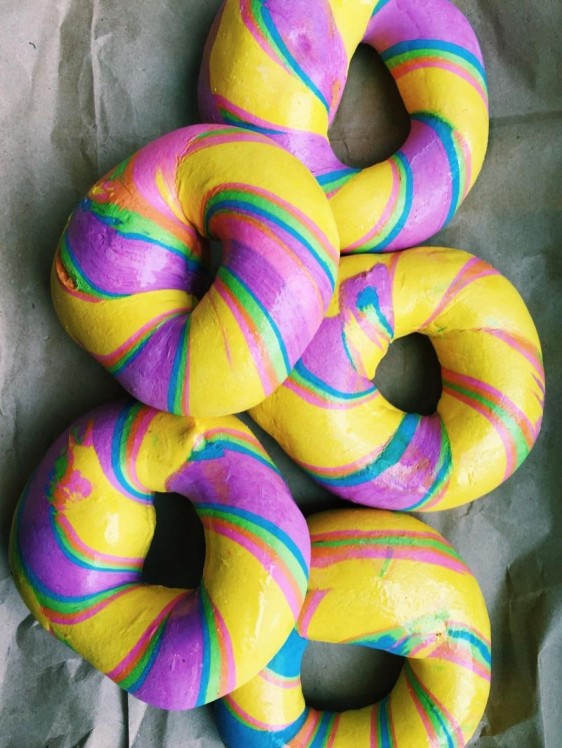