Kiko Martins graduated in marketing but quickly realized that his future was dedicated to cooking. After studying and working in Paris and London (The Fat Duck, Ledoyen, Eleven), he left for Mozambique for a humanitarian project. In 2010, he traveled the world with his wife, and ate with the natives of 26 countries, all turned into a book, Eat the World. Back to Lisbon with lots of ideas in his head and inspired by world cuisine, Kiko launched in 2013 O Tahlo, a project born from the desire to innovate and find new ways to eat meat, a butcher shop-restaurant. A year later, he opened A Cevicheria, his fish restaurant, inspired by Peruvian ceviches. Between TV shows, books, conferences and training, the chef never stops!

A giant octopus flying above a marble backlit countertop, azulejos tiles of the floor, and the iconic swallow bird cut out into the metal doors, the decor is here has elaborated as the plates. The chef revisits the famous Portuguese cod into a ceviche with a lime broth on a chestnut cream. The half cooked scallops are cluttered with a chilli crust, surrounded by a potato foam, egg cooked at low temperature and asparagus tagliatelle. The octopus smoked by the chef in front of us, is savoured with barbecue sauce and black squid ink potato puree. For dessert, the banana and chocolate mousse with salted caramel is perfect, while the surprising mix of celery granita, candied avocado, espuma of green apple and pistachio financier lacks a little balance. Although the dishes cost about 12 euros, the note quickly rises up with drinks, cuttlery and bread (which they charge you in Portugal)… We still are more than won over! 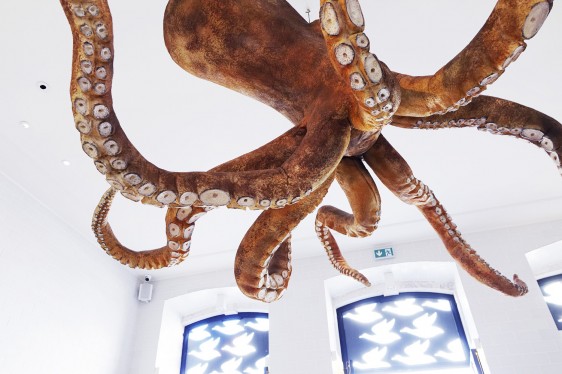 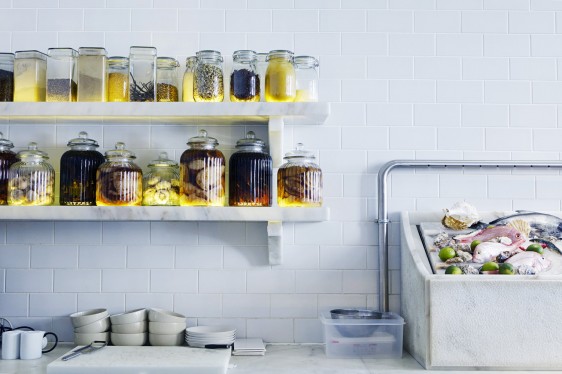 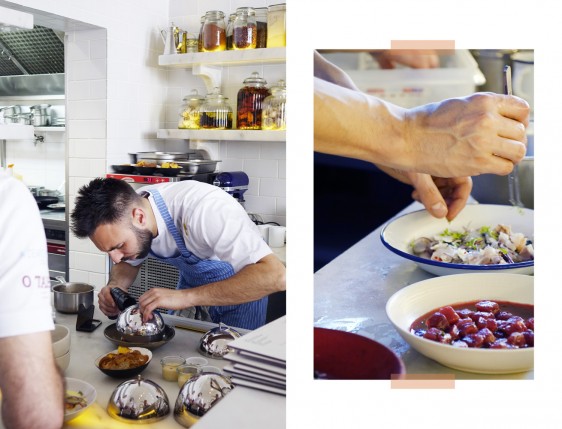 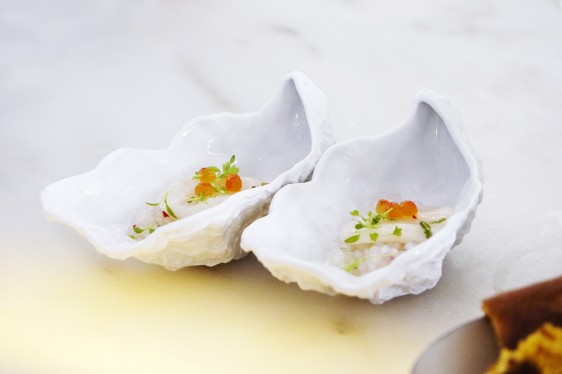 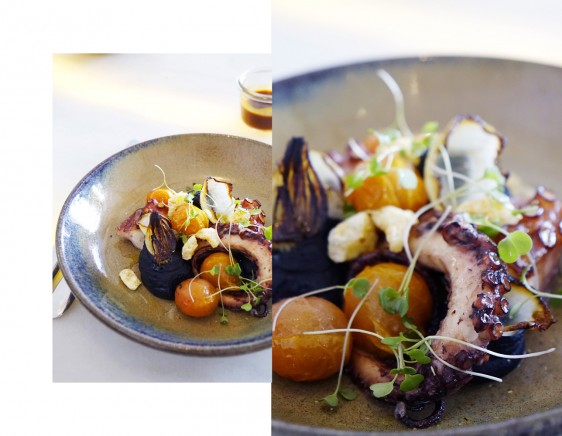 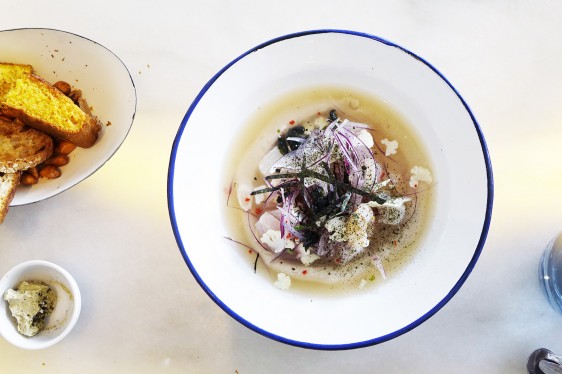 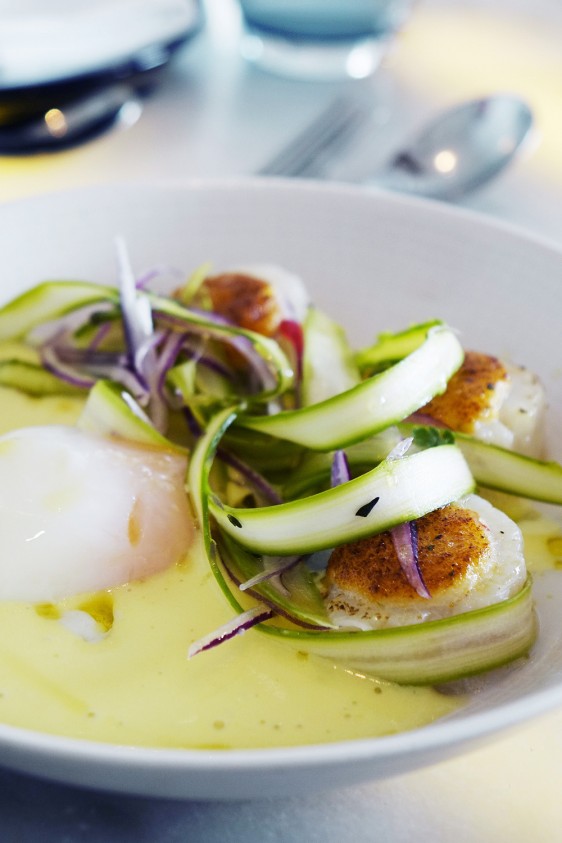 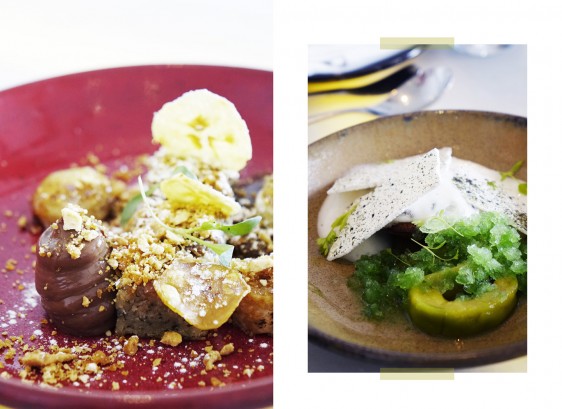